You can develop a relationship with your car. 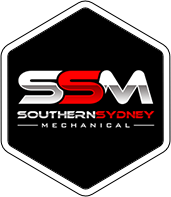 Southern Sydney Mechanical is a fully family owned and operated workshop. Owner operator Stephen Melton, has more than 10 years experience and specialises in all makes and models including extensive knowledge of European vehicles. Steve has spent most of his time in a true one-stop shop, where everything was done in-house (from engine rebuilds to differentials, light & heavy vehicles).

Steve has a long-standing, first class reputation in Sydney’s Sutherland Shire – where many know him for his extensive work in the RX7 Rotary world – and where he has been widely acknowledged as having aunique ability to diagnose and repair everything from the most minor to the most complex auto issues, all while being honest, trustworthy and with the highest level of integrity.

So whether you have a brand new or used car – Passenger, Sports, 4WD’s, Light Commercial, Caravan or Trailer – give us a call on 02 9524 4645 and see for yourself Southern Sydney Mechanical is one of South Sydney’s fastest growing Auto Repair Workshops.